I had intended to post this earlier in the New Year however technology gremlins have kept me off-line for a while. I made a quick shopping trip to Andorra after Christmas where, apart from stocking up on duty-free goodies I also watched the skiers. It brought back memories of my own skiing experience there thirty years ago which I thought I would share with you.

That first day on the pistes I distinguished myself by being totally incapable of getting on the T-bar lift. It was supposed to come behind you and wedge under your buttocks. I just could not manage it. Was my bum too big? Too small? Wrong shape? Whatever the reason I just fell or missed the T-bar completely. I became totally embarrassed as a restless queue of skiers built up behind me. In the end a huge German guy grabbed hold of me, pushed me in front of him and transported me up the slope like a parcel.

Once on the slopes my skiing was pitiful. I tried hard to remember all I had learned in Kitzbuhl a few years previously. On a gentle green run all went well for the first few minutes. Then I fell in an ungainly tangle of skis and poles. I fell again and again until my initial confidence seeped away particularly after a neat crocodile of giggling toddlers swept past me.

The piste was busy with skiers and snowboarders. I really tried hard to avoid them but I’m sure I left a trail of destruction in my wake. It took about an hour to get down to the dreaded T-lift when most of the group I was with had taken about fifteen minutes and were on their second or third run. I baulked at going back up and sneaked off for an early hot bath.

The following day was New Year’s Eve. I refused point blank to use the T-lifts again so we moved to another slope with chair lifts. Lord, it was cold, freezing and a huge lowering cloud hung over the mountain. We got into our gondola and with a clank and a groan, the lift hoisted us up the mountainside. About half way up the lift ground to a halt. We hung there, the gondola swaying alarmingly in a freshening breeze. The mass of heavy grey cloud slipped down the mountain side enveloping us. It began to snow. We could not see anything. We just hung and swung. I started to shiver, teeth rattling like castanets.

For one whole bloody hour we were suspended there, freezing, glued to our seats. At last, with more creaks and groans, the lift began to move again and slowly we were transported to the top. There however, we were not allowed to get off. Apparently the weather was closing in too quickly and the diesel engine that powered the lift kept seizing up. So off we clanked back down the mountain. We staggered back to our pension. I have never been so cold again as I was that morning.

Back at the pension a hot shower did a little to warm me up and afterwards I dived under the duvet on the bed and refused to come out. As the afternoon wore on my shivers became more violent. I had a thumping headache and a rasping sore throat. Hubby disappeared on a quest for aspirin and throat lozenges and I fell into a fretful doze.

That evening, reluctantly, I got up because it was the grand New Year’s Eve dinner at the pension. My legs seemed to have developed a life of their own as I wobbled my way to the dining room. Our patrons had done us proud. The table groaned with festive fare and a huge cauldron of some sort of hot punch, a bit like a spicy sangria, awaited us. Shame I could not enjoy it but my throat was so rasping sore I could scarcely swallow. Our hostess persuaded me to slip some oysters down my burning gullet. She hovered anxiously at my shoulder.

‘Mmm, lovely’ I lied as the rubbery tasteless stuff slipped down. 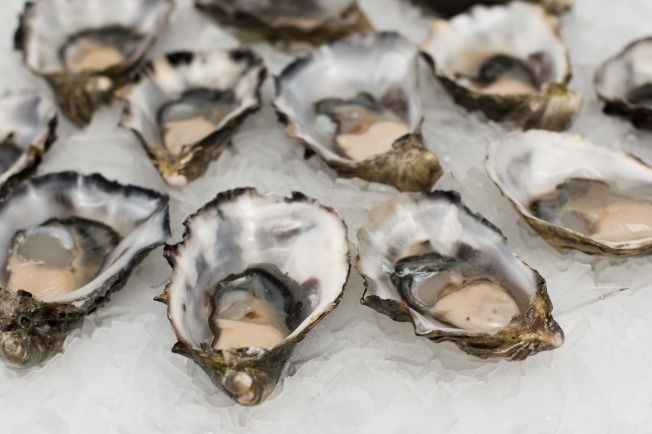 I slunk away, turned up the heating in our bedroom and flopped back under the comfort of the duvet.

The next morning I could not move without falling over. Sick, giddy, aching, every breath I took was painful. I was virtually voiceless…emitting only a feeble petulant croak.

For the rest of the week I stayed in the warm fug of the bedroom, under that fabulous duvet. Hubby brought me boxes of satsumas which were about the only things I could eat and described the incredible runs and feats of derring-do on the pistes whilst I sulked, wishing only for home.

We left Andorra in a blizzard and as we crossed into France the coach slithered and slipped down the narrow road and across hairpin bends. We thought, as we approached Toulouse that the snow would ease off, but no. On arrival at the airport all flights were cancelled because of the weather. We were part of a group of seven flying back and between us, all we had was a handful of small change in pesetas and francs. As I recall we shared three rapidly ageing sandwiches and a couple of coffees. We waited all day and into the evening until flights started again around eight o’clock. Finally at eleven our flight was called and we trooped aboard cold, hungry and tired.

It was obvious that the UK had also been enjoying Andorran-type weather. The motorway north had only one lane clear of snow and it took us a further five hours to get anywhere near home. At the turn off to our cottage a massive snowdrift blocked our way. It stretched from almost the top of the telephone pole out across the road to the wall at the other side. A huge icy-white barrier – a prototype for Game of Thrones. This white world sparkled and glistened in the moonlight. All was silent. Familiar trees and bushes along the lane, bent over by the weight of snow, looked as though they were bowing in obedience to the weather gods. We abandoned the car to stomp and stumble through the snow to our cottage.

Next morning Frank, our neighbour turned up to see if we had made it back.

‘Ah, you got here then? Thought you might not make it. Had a good time?’

‘No’ I snapped. ‘It was horrible. I was ill. I never got to ski and I swear I’ll never, ever go back to Andorra again. It’s the arsehole of the universe.’

‘Well there was no need for you to go at all. Look down there.’ Frank pointed to the sloping fields around the village where youngsters were skiing, sledging and generally having the sort of fun time that I had wanted. He cracked up laughing.

‘You could’ve saved your money and done your skiing at home.’

One thought on “Anything that can go wrong, will!”