In 1590 at Skipton Castle in Yorkshire the Countess of Cumberland, Margaret Russell gave birth to a daughter, Anne. Her father was George Clifford one of England’s heros; explorer, commander of ships during the Spanish Armada, favourite and champion of Queen Elizabeth I. However, whatever his public reputation, privately he was not much of a husband and father. 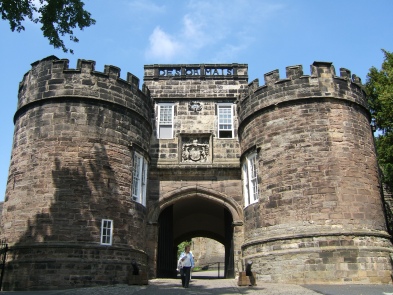 George Clifford died in 1605 when his daughter was just fifteen. His final act of neglect was to disinherit his daughter of all the land, titles and possessions of the Clifford estates. Why he did this is not clear. Perhaps he felt that the responsibilities were too much for a young lady to carry. The estate was substantial encompassing the old county of Westmoreland and parts of North Yorkshire. Five castles stood within the boundaries – Skipton to the south, Brougham in the north  with Appleby, Brough and Pendragon in between – in all some 90,000 acres.He willed his estate to his brother, Anne’s uncle Francis and his brother’s male heirs. The problem was that legally, he could not disinherit his daughter. By an entail made by an earlier Clifford, the estates were to be left to direct descendants regardless of gender. In effect George Clifford’s will was invalid and the fight was on!

George had reckoned without his daughter’s persistence, even stubborness and her very acute sense of what was due to her. Together with her mother they start a legal action in the earl marshall’s court which is dismissed. A year later in 1607 they demolish her uncle’s case and the judges decide that half the estate is rightfully hers. Her uncle however refuses to yield any of the estates.

In 1609 Anne marries the Earl of Dorset, Richard Sackville. 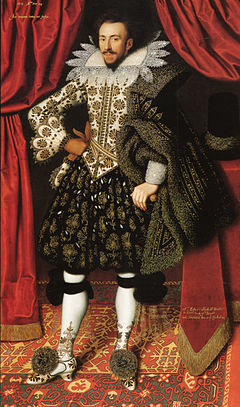 Like her father he is a courtier with expensive tastes and frequently empty pockets. He takes charge of the lawsuit and in 1615 the courts decide she can chose one or other half of the estates Skipton or Westmoreland but she cannot have them both. But no, Anne is adamant, she wants what she is entitled to and that is that.

The situation hots up. Anne is now subject to criticism from her friends who urge her to settle. Her husband uses both threats and fine words and she suffers an hour and a half of sermonising from the Archbishop of Canterbury. She digs her heels in.

In 1616 she buys time to relieve the pressure on her. She insists that she must discuss the settlement terms with her mother. She goes north to meet her and the response she sends back is ‘a direct denial’ to agree to the settlement. Now the situation really sizzles.

In May that year her husband tells her she may no longer live in his houses, Knowle and Bolebrooke. He sends a message saying he will see her one last time. A further letter is sent telling her to send their only child to London, to be separated from her. Then her husband changes tactics. He tries to sweeten her and delays the separation from her child. The whole affair becomes the talk of the London society and she comes in for heavy condemnation for her intransigence. All the while she is quite alone, living quietly in the country, suffering ill health whilst her husband enjoys himself, expensively, in London. She writes sadly,

‘Being condemned by most folk…I may truly say I am like an owl in the desert.’*

At the end of the month Anne loses her only ally, her mother who dies at Brougham castle.

Her husband, ever with an eye to the main chance, sends her to Brougham to take possession. Fights break out between Anne’s faithful retainers and her uncle’s men. Her husband and her cousin are set to fight a duel. The king, James I steps in. He tells her husband to fetch Anne back from the north and he, the king himself, will settle matters once and for all.

So, in January 1617 Anne finds herself back in London and summoned to the king’s presence. He asks both Anne and her husband to trust him and leave the matter in his hands. Her husband readily agrees but Anne beseeches the king to:

‘pardon me for that I would never part with Westmoreland while I lived under any conditions whatsoever.’

The king subjects her to both fair and foul means of persuasion yet still she resists. Two days later she is sent for again. This time she has not only the king and her husband to contend with but also her uncle and cousin plus any number of other nobles.  Everyone agrees to submit to the king’s judgement…except Anne. At this, she is subjected to much harassment. In Anne’s words:

‘The king flew into a great chaffe’

at which point, fearing that she might be publicly disgraced, her husband puts her out of the room. After which a settlement is agreed upon. Her uncle gets all the estates and she is awarded £17,000 compensation which is quickly snaffled by her husband. In effect she has nothing. The fight is over.

However, in all good stories there is a twist in the tale. Anne’s great great grandfather Henry was a keen astronomer and astrologer. There is a tradition that on the birth of his grandson (Anne’s grandfather) he read the stars. He predicted that this new grandson would have two sons ‘between whom and their descendants there would be great lawsuits and that the heirs male of the line should end with these two sons…or thereafter’.

And that is what happened. Anne’s uncle Francis died and the estates passed to his only son, her cousin Henry who died without a male heir.

Nearly forty years after it all began Lady Anne Clifford regained her inheritance and as she approached her sixtieth year she moved back north to claim her lands and never again left them. She died in the great chamber at Brougham castle in 1670. 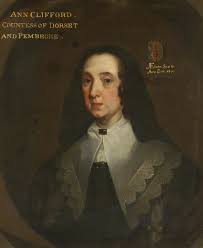 *’I am like an owl of the desert; loving solitude, moping among ruins, hooting discordantly.’ Psalm 102:6