Almost where? I hear you ask. Answer – ready to upload “Close to the Edge – Tales from the Holderness Coast” which, at the risk of driving you into mild catalepsy is my local history book about the East Coast of Yorkshire. 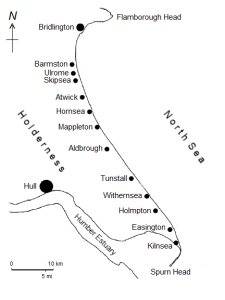 The book has taken around 18 months of research, writing and faffing, including an abortive sojourn at a publishing house (for which, if I’m honest I still bear a grudge). On reflection a good lump of that time was taken up with editing, copy reading, obtaining permissions/rights and I still worry that someone will find a typo.

On doing yet another re-read last night it was good to remember how many people and organisations have indirectly contributed – not in the least local museums and libraries. I know these invaluable institutions are under threat from “austerity measures” in the UK so I wanted to use this space to give a shout to some of them and urge anyone looking to spend a bit of time on this eroding coastline to go and visit.

So roll of honour:

Hornsea Museum situated in an old farmhouse in the centre of the town. Don’t be deceived by the apparent smallness of the building – it takes a good while to get round and is packed full of great exhibits. (Sorry Hornsea Museum – I don’t have a photo of you.)

Withernsea Lighthouse Museum – situated – yes you’ve guessed it in Withernsea. It stands, a little incongruously in the middle of the town and has some interesting coastguard and RNLI displays and selections of old photographs relating to local history. 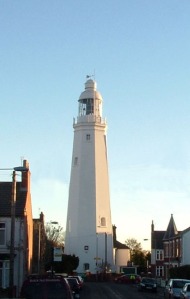 The Bayle Museum in Bridlington is located in the old gateway to Bridlington Priory, itself a victim of his royal humpingness, Henry VIII. It is dedicated to the history of the town of Bridlington. 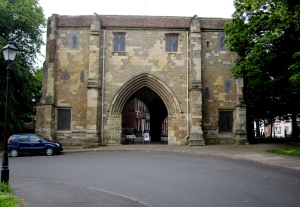 All three museums give a great flavour of times past on the coast and are open now, for the season. Check websites for details.

In addition to the museums I made shameless use of three libraries when researching “Close to the Edge” – these were Hornsea, Bridlington and Beverley libraries. Since libraries seem to be becoming endangered species I’d just like to say that without their helpful staff and the ability to plunder their resources I wouldn’t have been able to write “Close to the Edge.” Thank you one and all.

Close to the Edge – Tales from the Holderness Coast is scheduled for publication as an e-book on 1 June and will be available from Amazon – that is gremlins permitting.

The eighteenth century is regarded as the golden age of private, duty-free enterprise, otherwise known as smuggling. Any coastal area appears to have involved itself in the trade when a man could earn more from a packhorse load of merchandise than he could from a week’s wage.

The Holderness coast is just a hop and a skip away from Holland across the cold and grey North Sea facilitating this brisk export and import business and the remote flat beaches of are made for discreet landings on a still, dark night.

Large boats called coopers,bristling with guns, hove-to off shore like floating cash-and-carry warehouses whereupon local folk from the Holderness villages would venture out in smaller boats to acquire merchandise for further distribution to friends, family and valued customers.

It was the job of Revenue men assisted by the Navy to intercept and capture the smugglers at sea and they had a hard time of it. In 1777 Captain Mitchell of the Revenue cutter Swallow met a notorious smuggler called Stoney in his schooner Kent, just off Spurn Point. Captain Mitchell sent in this report of the encounter:

“as their (the Kent) guns were in readiness, and at the same time waving us to go to the Northward, we were, by reason of their superior force, obliged to sheer off, but did our best endeavours to spoil his Market.”

This was not the first time that Captain Mitchell decided it was better to render himself able to “fight another day”; he was either very prudent or very timorous and perhaps not without cause. The smugglers, despite the romantic view presented in fiction, were dangerous, ruthless and violent men.

It wasn’t all plain sailing for those on land who stored the cargoes either. Take the incident of the hurricane, the church roof and the Parish Clerk. It occurred in the little town of Hornsea at a time when there was no resident vicar for the church only a curate who visited now and again to save the souls of the town dwellers. The Parish Clerk, clearly a man of enterprise, conceived the idea of storing contraband in the crypt of the church. On Christmas Eve 1732, perhaps in anticipation of the festivities, he opened the door to the crypt just at the moment when the town was struck by a hurricane. The force of the hurricane ripped the roof off the church and as it went flying away, the Clerk, huffing and puffing over his brandy kegs, keeled over with a stroke. For weeks after, he lay in his bed, paralysed and completely mute until one night he finally cocked up his toes and breathed his last.

Since hurricanes are definitely not the norm in these parts some might consider that Him (or Her) Up There was not best pleased at the use to which His (or Her) House was put and we can only speculate whether the good folk of Hornsea enjoyed a pipe of baccy and a glass of brandy that Christmas – all duty free of course.

“Five and twenty ponies,
Trotting through the dark –
Brandy for the Parson, ‘Baccy for the Clerk.
Laces for a lady; letters for a spy,
Watch the wall my darling while the Gentlemen go by!”

(From: A Smuggler’s Song by Rudyard Kipling)

It was the best of times; it was the worst of times. The arrival of the railways to previously undistinguished coastal towns and villages provided a wonderful opportunity for such places to develop into that bastion of Britishness – the seaside resort together with its promenade, boarding houses, battleaxe landladies and sand in the unmentionables . Today’s tale is of Hornsea – one little east coast resort with aspirations…

The railway came to Hornsea bringing flocks of day trippers from cities like Hull to breathe the bracing sea air. Up and down Britain’s coastline, seaside towns were adding visitor attractions to entice these trippers to part company with their hard-earned “brass”. Little Hornsea was no exception and its leading light, “King Hornsea” was a gentleman called Joseph Armytage Wade. He was a businessman, a significant local employer, had all ten fingers in twenty local pies and was liberally endowed with all the necessary characteristics – bombastic, over-bearing, self-righteous – to earn the title of town prat. He decided that what Hornsea really needed to attract visitors was a pier and to this end, in 1865, he formed a company and obtained the necessary permissions to build one. He got as far as driving ten piles into the sand of the proposed site and then stopped. The ten piles, known locally as the ten virgins stood, as all good virgins should, untouched for the next ten years.

Roll forward ten years and enter into the lists one Pierre Henri Martin du Gillon – a foreigner and sacre bleu, French to boot. Du Gillon bought a well-situated lump of land and drew up the most visionary and spectacular plans for “his” pier – known as the South pier. He didn’t just want a plank platform sticking out to sea; no, his plans included housing, a hotel, an aquarium and gardens. He proposed protecting it all by a huge sea wall. Yet there was more. He cleverly planned a a quay for fishing boats such as the herring fleets where they could land their catches. The quay would be linked by a tramway to the railway station and from thence to the fish markets at Hull. The plan outshone anything Mr Wade had ever come up with. The townsfolk rubbed their hands with glee (and to make sure that the anticipated wealth stuck firmly to them).

There was just one teensy-weensy fly in the ointment – du Gillon needed a narrow strip of land to link the proposed site to the railway station – land owned and suddenly cherished by Mr Wade. Discussions were opened, cordiality the plat du jour and our Frenchman came away from those discussions under the impression he had reached an agreement with Wade for the sale of the strip of land. Du Gillon drew up the agreement and Wade refused to sign it.

From that point on it was shovels at ten paces and the dispute would reach into the highest courts in the land. Thinly veiled allegations, not so veiled insults, letters to the press – Wade threw the works at du Gillon and yet sensing he had the townsfolk and two powerful local landowners behind him du Gillon pressed on. Wade’s current actions and earlier inaction stirred up the town against him but he was nothing if not a doughty fighter. When Du Gillon applied for a compulsory purchase order for the land, Wade, as Chair of the local Board of Health, whilst appearing to support du Gillon’s plans pointed out that the strip of land impinged on local sewage arrangements and the Board would need to think very carefully before supporting the purchase order in case it affected the town’s health interests. It was all a pile of poo but it potentially threw yet another shovel in the works for du Gillon. But he rode his luck and buoyed on by local support applied for permission to build his pier. Nothing daunted Wade hit back with his own application to build his pier – the North Pier and battle was joined. Finally both men appeared before a House of Commons select committee whose chairman ruled thus:
Each of you agree to the construction of the other’s pier or permission will only be granted for the building of one pier.

In the end, they agreed the compromise and little Hornsea was to become a two pier town.

Du Gillon was first out of the stalls in the building stakes but his scheme was doomed to failure. His capital had been eaten up with legal costs and he discovered that converting public support into public funds was akin to the water and wine miracle and certainly beyond his talents. He ran out of cash to splash and finally the weather did for him. A fierce storm blew up destroying his equipment and machinery overnight. He wound up his pier company and left Hornsea never to return.

His rival, after some serious gloating, fared little better when it came to finances and although the North pier was finished for the summer of 1880, one of the construction companies to whom Wade owed money took out a restraining order preventing Wade from taking possession of it. So whilst Hornsea had a pier stretching out to sea, it couldn’t actually be used. Later that autumn, during a violent storm, the brig the Earl of Derby lost her sails and was driven inexorably onto the newly built pier. The omens were not auspicious.

Eventually in the summer of 1881 Wade’s North pier opened but never really attracted the paying punters and the locals weren’t overly enthusiastic either – especially about paying to go on it -some having a habit of breaking in after hours. Wade died in 1896 and his pier just outlasted him before being demolished in 1897. Thus ends the tale of two piers. 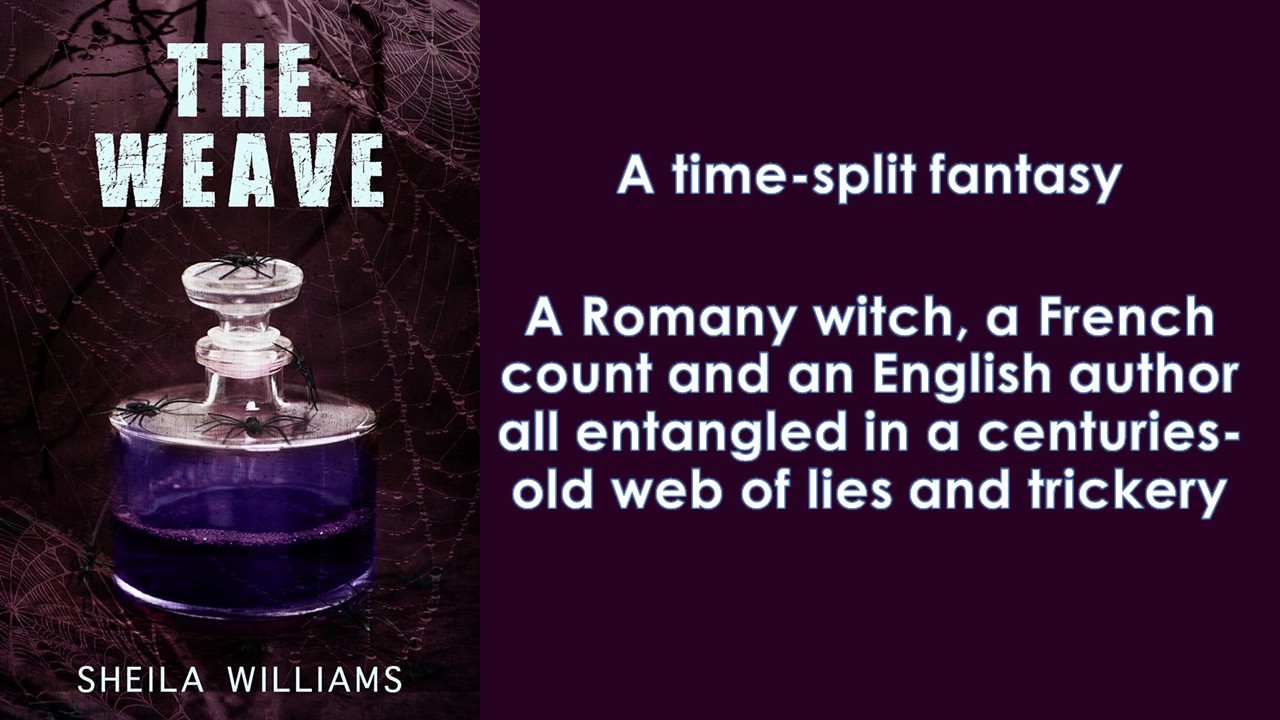